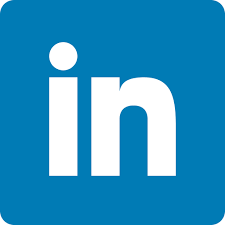 Patents are the statutory right granted to the inventor or applicant for their invention for maximum 20 years of time from priority or filing date so that no one can manufacture and sell the products without the prior permission of the inventor or applicant. Patents are the reason we are able to see the technology moving at a speed of the light speed. Since time memorial, when the first patent was granted and today where the companies are filing patents and granted the patents on the latest technology. In search of a better world, the imagination and thinking power of human lead to various discoveries and invention with innovations on existing technologies and products.

The inventor or applicants in search of new and better technology which can transform the world are creating new products which have lead human race to make this world a place of heaven with facilities. Patents are playing a prominent and important role in the entire technology life cycle, from initial Research and development to the market introduction stages including licensing, where competitive technologies can be protected with patents and licensed out to third parties to expand financial opportunities are creating a competitive environment around the world. This competition leads to the new invention and by exploitation of the existing technologies, a new and better product with advanced technologies are coming, helping the dire needs of human.

A patent can also be licensed to another party (a licensee), which permits that party to manufacture, use and sell the invention. In return, the licensor usually receives royalty payments from the licensee. The company getting the license to manufacture or sell the product or technology will do their research on particular product and technology and a new product can be expected by investing in research and development. The huge potential in technologies and inventions lead to the in-depth analysis of patents with the prior art and then shaping the future.

The latest trends in the technologies which will lead to the competitiveness among the companies and to introduce the newer and better products in the markets The unavailability of such information is unfortunate from an analytical perspective, since that information could be used to identify the utility of patents and the networks of patent information diffusion and application.

An Example of how the patent has changed the way in which the telephone invented by Graham bell and then got patent in year 1876, and after that how the patent help other inventors or competitive companies or person to think to make it more efficient and to reach maximum people across the globe. The invention of telephone in 1876 leads to the introduction of candlestick in 1900 and then introduction of rotary in 1940 where the function was to rotate the dialand then release but soon this products and technology were lagging behind as the AT&T in 1963, introduces the push-button or touch tone which allowed phones to use a keypad to dial numbers and make phone calls and most important was that a person can make the long distance calls sitting in another region. After this, the answering machine on telephone made the telephone to record the calls. The beginning of 1980 saw the change in the technology and products which lead to the invention where the telephone were replaced by the portable phones and people across the world can call to other one. It was in the year 1984 when first ever mobile phone was launched by Motorola and it actually shapes the world with dire needs to introduce the technology of signals and communications within a phone. Since 1984, the patent tug-of-war between Nokia, Motorola, Samsung, Microsoft, and Apple was there. As having a patent means protection for twenty years and other cannot use without prior permission from the inventor or from the applicant. To use the technology, the license should be granted and after that companies can use the patent and information so as to remain alive in world.

The actual use of Patents in technical, business and legal information for advancement of technology and products can be used for a number of different and broad purposes including;

How to protect your IP

A Patent Attorney or A Patent Agent, What is the Difference?