We filed around 2500+ patent applications & We hold a 95% success rate in obtaining the granted patent.
Skip to content 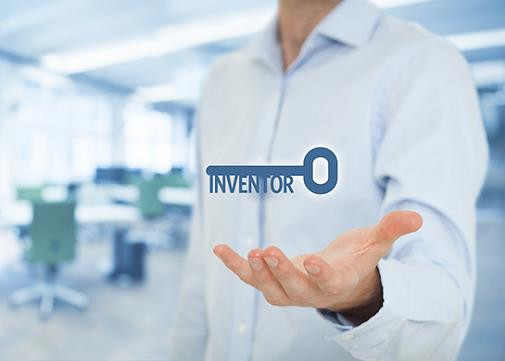 While going through the literature on patents, a person may get confused with the terms ‘inventor’ and ‘applicant.’ Often these terms are used interchangeably in layman language. But on a legal basis, these terms have different connotations and meanings, and it may affect a person who is dealing with patents. Let us dissect these terms for you.

Who is an inventor?

The person must have played a critical role in the process by using his/her ingenuity and creativity. Every person who has played such role gets a right to be mentioned in the patent document as an inventor, even though he might not be entitled to the commercial benefits of the invention.

It has to be noted that a company cannot be called an inventor. It has to be a real individual who has played a significant role.

Contrary to the popular notion, a person who has merely supervised the inventor or has acted under the direction or supervision of the inventor cannot be an inventor.

Who is an applicant?

The applicant may either make the application in the Patent Office himself or jointly with any other person.

The assignee of the inventor is the person with whom the inventor has entered into a contract and given that person all the rights to deal with the patent. The assignee has all the rights to commercially exploit the invention. Generally, in course of an employment agreement, the employee assigns all patent rights arising out of his/her work to the organization. So the organization can file a patent as an applicant.

A legal representative of a person is the successor of a deceased person. Patent rights are not exhausted with the death of the person holding such right. Their successors may also benefit from such rights till the expiry of the patent term.

The applicant is generally burdened with various responsibilities of the business. They might miss out on important formalities like filing documents with regards to patent application. These formalities are of paramount importance, as the Patent Office may refuse to grant a patent if they consider the delay to be neglectful and intentional.

Therefore, the applicant, in most cases appoints a patent agent who is a qualified professional for practicing before the Patent Office. It is the duty of the Patent Agent to prepare all documents and transact all business with regards to the patent.

A Patent Agent does not derive any benefit from the commercial exploitation of the invention, except for charging a professional fee for his/her services.

What is a START-UP INDIA action plan: overview with IP INSIGHTS?

Can I patent mobile applications?

Benefits of having Intellectual Property Strategy for start-ups